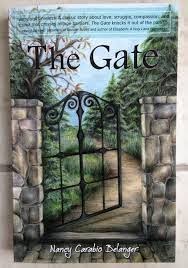 Josh is an eighth-grader with a bad attitude. Since his father died two years earlier, he’s lost interest in everything except violent video games and books. He’s considering dabbling in the occult. He has no respect for his teachers and even his long-time friends don’t know how to treat him anymore. Even though he was once an altar boy and faithful Catholic, he now has no use for the Church. After all, even the prayers of his parish priest couldn’t save his father.

As part of a school assignment, he is paired up with a pen pal at the local nursing home. The project is worth too much of his grade for him to blow it off. Instead he crafts a letter full of lies that he sends off to nursing home. When he meets Pie, he discovers a somewhat cantankerous old man who begins to take an interest in Josh. Despite his best efforts, Josh finds himself becoming friends with the older man, and even agrees to take part in an unusual project.

The Gate by Nancy Carabio Belanger, author of the successful Olivia and the Little Way and Olivia’s Gift,  shares the story of this unusual friendship as well as explores what it means to listen for and hear God’s call in one’s life. It’s a serious, well-written book about weighty topics that will encourage middle-schoolers to think about the direction of their lives. It would be great as a school assignment or a read-aloud so that it can be used to foster discussion.

Day 18 of Embracing Your Creative Gifts: Creative Acts Can Bridge the Divide

And they were all filled with the Holy Ghost, and they began to speak with diverse tongues, according as the Holy Ghost gave them to spe... 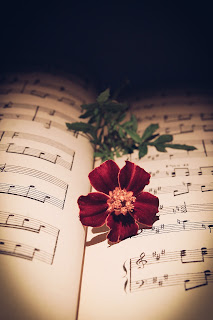