A "Little House" Book for Adults 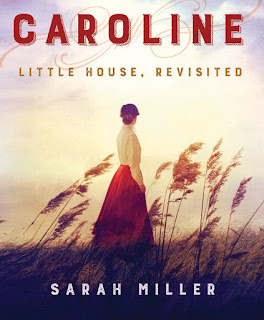 Sarah Miller has created an excellent work of historical fiction in Caroline: Little House, Revisited. The original Little House books were written by Laura Ingalls Wilder and were based on her childhood as a frontier girl. Even though she wrote them much later in life, they were written for children and were told from Laura’s perspective as a child. Considering the same story through Laura’s mother Caroline’s eyes offers a vastly different perspective.

Caroline was written with the full approval of the Little House Heritage Trust. Miller describes the book as a “marriage of fact and Laura Ingalls Wilder’s fiction.” She departs “from Wilder’s version of events only where the historical record stands in contradiction to her stories.”

The story is set in 1870 when the Ingalls family left the “Big Woods” of Wisconsin behind to travel to the “Indian Territory” of Kansas. Much has been made recently of the anti-Indian sentiment in the original books. Miller acknowledges that “the Ingalls family’s reactions were entirely a product of their own prejudices and misconceptions.” That may be true, but their fear was real and Miller has done a remarkable job of illustrating Caroline’s fear, a fear that seems perfectly understandable given the circumstances.

Mothers will especially identify and sympathize with Caroline’s struggles. She left all her family behind in Wisconsin. She made the difficult journey while pregnant with her third child and was deeply worried that she would have no other woman to be with her while she gave birth. While her husband Charles was able to go off riding to town, she was left alone with two small children. She suffered from great loneliness.

The story also delves into the relationship between Caroline and Charles, offering a poignant intimate portrait of a woman deeply in love yet not always understanding the man she married.

Caroline is highly recommended for any adult fan of the original Little House books as well as for those who enjoy historical fiction. Miller has written an outstanding portrait of this pioneer woman.