God at Work - The Beauty of Hindsight

Today, a fellow homeschooler needed her two children dropped off at her babysitter after our weekly gathering. The babysitter lives close to me so she asked if I might be willing to help and save her a great deal of driving. Happy to do a good deed for today! So, we piled the six kids into the minivan and I set off.

When I dropped the little ones off, I recognized the house and remarked to David that I had talked to the woman who lived there about homeschooling many years ago, back when I was first considering the prospect.

"What made you consider it?" he asked.

"Back when you and Isaac were very little, we had received a free copy of a homeschooling magazine in the mail. I read it and it seemed very interesting and like something I might want to do, so I kept reading more about it."

"So, why did you send me to Kindergarten?"

"I wanted to be normal, which was obviously an epic fail."

"No, it wasn't, because if I hadn't gone to Kindergarten, I never would have met Brian [one of his best friends] and we wouldn't have been part of our homeschool group. Now first grade - that was an epic fail."

And he is right of course, although I had never thought about it. I had known Brian and his mom from Church, but had only met them a handful of times.But Brian and David became good friends as they suffered through a bad kindergarten year together. His mom, who had homeschooled before, pulled him out of school after that year. I insisted on one more unsuccessful year before making the leap myself. When I did, she was there to help and support and pray for me and introduce me to our wonderful homeschool group.

God knew what He was doing. Then again, He always does, even when I fail to see it.

Email ThisBlogThis!Share to TwitterShare to FacebookShare to Pinterest
Labels: God's will, Homeschooling 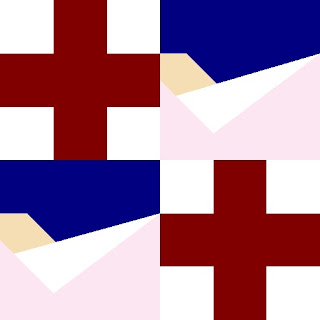 Over the course of the summer, I have been making some progress on my Patron Saint Quilt project. I actually only have two more blocks to complete.


These are the new blocks up on the Patron Saint Quilt Blog:

Quilt Block in Honor of St. Teresa of Avila

Quilt Block in Honor of St. Gertrude of Nivelles 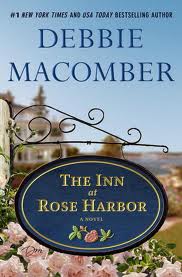 It is a great delight to discover the start of a new series of books and fall in love with it. Over the years, I’ve read an occasional book by bestselling author Debbie Macomber and enjoyed them, but The Inn at Rose Harbor truly grabbed me and kept me blissfully reading until the final page.

Macomber previously composed thirteen books centered on the fictional town of Cedar Cove and readers begged her to write more. She wanted to please her readership, but at the same time was ready to move on to a new set of characters. The Inn at Rose Harbor is her solution. Still set in Cedar Cove, the story centers on Jo Marie, a recent war widow in her thirties, who sets out to create a new life for herself by buying a bed and breakfast. Each book in this series will focus both on Jo Marie and on the particular guests who have come to stay with her.

Her two guests in this installment are Josh Weaver, who has returned to Cedar Cove to deal with the impending death of his estranged step-father, and Abby Kincaid who has come back to attend her brother’s wedding. She left town fifteen years earlier after she was blamed for the death of her best friend.

Macomber is in fine form with this story. The format allows for the exploration of the three story lines (Jo Marie speaks in the first person; the others are told in third person) and they tie together in the theme of forgiveness and moving forward in life.

The Inn at Rose Harbor is such an enjoyable read. I highly recommend it. The second book in the series, Rose Harbor in Bloom: A Novel

, is already available and I have requested it from the library. I'm looking forward to it! 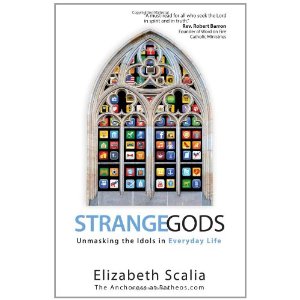 The First Commandment is probably the one of the ten that we worry about the least. “I am the Lord your God. You shall have no other gods before me.” After all, most of us haven’t spent time worshipping any of the Roman or Egyptian gods recently or paid homage to any pagan spirits. In Strange Gods: Unmasking the Idols in Everyday Life

, Elizabeth Scalia, also known by her internet moniker “The Anchoress,” invites us to take a closer look at this long-neglected commandment and discover the ways we practicing Christians violate it on a daily basis.

We humans are rather self-interested creatures. We want to be noticed, to be “loved and valued.” We often want the world to revolve around us. In establishing the Ten Commandments, God understood our weakness. He provides the commandments to keep us in right relationship with both Him and others. He “gives commandments meant to save us from ourselves.”

Scalia makes the case that the First Commandment, “if obeyed, renders all of the others quite nearly moot . . . Look at me [God}, and let me love you, and you will have no need of the rest.” Scalia then explores the various idols in our everyday life. These include ourselves, ideas, prosperity, technology, coolness and sex, plans, and the causes we feel passionate about. We can even give in to idolatry when we become too focused on the one “correct” way to do liturgy or pray. In short, “nothing human is exempt from becoming an idol we will place before God.” We must always be vigilant.

A mere human like the rest of us, Scalia is the first to acknowledge that she suffers from idolatry as much as anyone. With a profound sense of irony, she shares how even the writing of this particular book became an idol.

After reading Strange Gods, one will never be able to look at the First Commandment in the same way. Scalia has written a thought-provoking tome that should be read by every Christian seeking to follow God’s laws.

Lisa Hendey is sharing a burn-awareness and prevention project spearheaded by Cassandra Poppe whose young son Fulton was terribly burned in a tragic accident: http://www.patheos.com/blogs/lisahendey/2013/08/little-fulton-st-lawrence-and-burn-safety-awareness/

And Pat Gohn is sharing a link to Among Women podcasts that are  "very good for mothers-to-be, or for mothers who are still new to this vocation of motherhood.": http://www.patgohn.net/2013/08/14/among-women-podcasts-for-moms-to-be-or-new-moms/
at August 14, 2013 No comments: 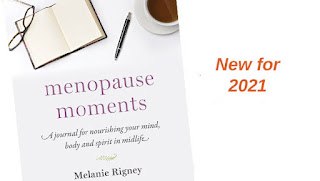