This is my first time trying this. Carolyn Astfalk hosts an #OpenBook Linkup on CatholicMom.com. I've never been quite sure how it works, but I'm giving it a shot. (I still am working on "What I've Read in 2021" post, scheduled to run on December 31, 2021.) Here's what I've been reading this past month. The dates indicate when I finished the book. 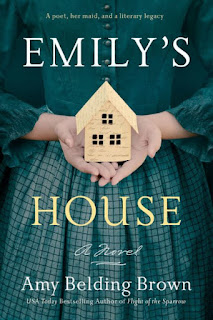 10/3/21 Emily's House - Amy Belding Brown - Back in my teens, I was quite the Emily Dickinson fan. She appealed to my young angsty poetry-writing self. As an adult, I visited her home in nearby Amherst, MA which is now a museum and found it very interesting. I really enjoyed this novel that focuses on Emily's Irish Catholic maid Margaret Maher who did the world a service by not burning all of Dickinson's poems despite that being Emily's dying wish.

10/3/21 Foundation of Love - Amy Clipston - Clipston is best known for her Amish romances. It had been a while since I read one, and this one is a delight featuring a romance between an unmarried 33 year old woman who cares for her brother's large family but longs for a family of her own and a 47 year old widower. (Read for a book review publication) 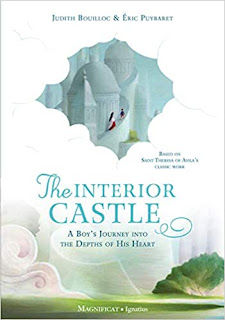 10/6/21 The Interior Castle: A Boy's Journey into the Riches of Prayer - Judith Bouilloc & Eric Puybaret - This is a valiant attempt to introduce children to the spiritual riches of St. Teresa of Avila's masterpiece The Interior Castle. (Read for Catholic Library World) 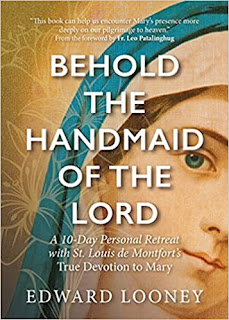 10/7/21 Behold the Handmaid of the Lord - Fr. Edward Looney - This book is designed as a ten-day retreat, with each day bearing a title of Mary. Each day (chapter) includes a few-page reflection, prayer, and a traditional Marian hymn or prayer. Through the ten days, one is invited to make “a journey to Jesus through the heart of Mary, with St. Louis de Montfort as our guide.” I reviewed it here.

10/10/21 Two-Way Mirror: The Life of Elizabeth Barrett Browning - Fiona Sampson - I knew nothing about Elizabeth Barrett Browning before reading this book other than that she was married to Robert Browning. I now know considerably more, but I feel like this book was intended for someone who was already familiar with her work. I also found it really drawn out in spots (I skimmed over those sections).

10/17/21 The Wish - Nicholas Sparks - It was time for my annual Nicholas Sparks book. I've been a fan of his ever since The Notebook (which was 25 years ago!). Some of his books have been better than others, but this new one was so, so good. It tells the story of a 39 year-old woman who is dying of cancer looking back at the year she was 16, pregnant (due to a one-night relationship), and sent away to live with her aunt (a former nun). While she is there, she falls in love with a homeschooled young man who plans to enter the military. Catholicism is presented in a positive light as is homeschooling. Truly, I loved it! 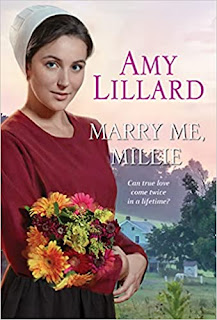 10/18/21 Marry Me, Millie - Amy Lillard - This is the first book in a new series about the Paradise Springs Widows Group (aka known as the Whoopie Pie Widows Club). Millie is a young pregnant widow. Her aunt wants to pair her up with Henry (whose fiancee left him to go to Belize) but both Henry and Millie are determined to not marry again. The two become friends and agree to play along with her aunt's attempts to put them together. When real feelings get involved, however, things get complicated in a hurry. (Read for a book review publication) 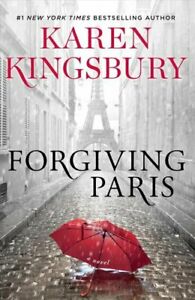 10/24/21 Forgiving Paris - Karen Kingsbury - I've read lots of Kingsbury's fiction over the years and was excited to get this book in at the library even before its release date on Amazon! It focuses on Ashley Baxter, an artist who is getting a one-woman show in Paris, but must face the bad choices she made there as a young woman. It is a story about redemption and how God can use all things for good (even our mistakes) for those who trust in Him. I enjoyed it a great deal! Plus, I love the striking cover image!

10/24/21 Physics - Aristotle - For the past two-and-a-half years, I have been making my way through the Great Books Curriculum of Thomas Aquinas College (I'm currently working on the readings for sophomore year). It took me just about a month to make my way through this one. Needless to say, it was not a page turner. Aristotle was a Greek philosopher who lived from 384-322 BC. I've read other things by him and I do admire his efforts to compile all the knowledge known in the world. In this book, he discussed causes, motion, place, the void, time, and change. One thing I found interesting is that he stated the first mover must be something that is both one and eternal. I might not be right about this, but I think this is the beginning of the idea of God as Prime Mover that shows up in later Christian philosophy. 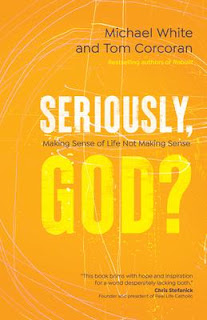 10/29/21 Seriously, God? Making Sense of Life Not Making Sense - Fr. Michael White and Tom Corcoran - Fr. Michael White and Tom Corcoran tackle the tough questions of life, such as why God sometimes says no to perfectly good prayers, why we face unexpected storms in life, why bad people are sometimes in charge, why God sometimes seems to be stopping us from doing good things, why we suffer, and why people die in unexpected and painful ways. To answer these questions, they offer examples from the Bible as well as what they have learned through their own lived experience. The combination of a priest and a married layman speaking is profound as they are each able to bring their own unique perspective to the questions. 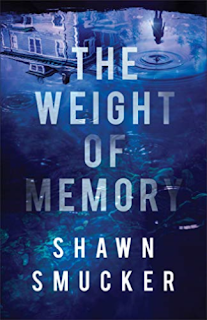 10/31/21 The Weight of Memory - Shawn Smucker - It was totally coincidental that my leisure read for Halloween ended up being a somewhat mysterious story that included ghosts, but I enjoyed this story about a dying grandfather who has custody of his granddaughter and his trip back to his childhood home to find someone who might be able to care for her once he is gone.

My ten-year-old daughter has been enjoying a series of books about dogs by W. Bruce Campbell. This month, she and I have read  Ellie's Story, Molly's Story, and Shelby's Story. I enjoy these stories as much as she does!

This post contains Amazon affiliate links. Purchases made after clicking a link help support this site. Thank you!

I think it's fantastic that you're working your way through a Great Books program! I regret not doing more Great Books as part of my high school and college education, so I am slowly trying to fill in gaps. I have yet to dive into the ancient Greeks and Romans, though. And I really like Emily Dickinson's poetry, so that novel sounds pretty fun!

Thanks so much for stopping by! I hope you get a chance to read "Emily's House" - I enjoyed it a great deal.

Thanks so much for visiting!

I'm so glad you linked up! These are great. I love that you're working through great books too. I need to make more of a commitment to doing that. So many books, so little time!

I love you're "annual Nicholas Sparks" book! I've read a few of his here and there, but this one sounds like a stand-out. I'll have to add it to my list.

I'm also thinking I need the Interior Castle for kids book because I didn't get much out of the adult version. LOL. There were some great insights, but it felt lackluster to me for a classic, and I've wondered if I didn't totally miss something in my reading.

I'm joining up with Carolyn Astfalk who hosts an #OpenBook Linkup on CatholicMom.com . (I still am working on "What I've Re... 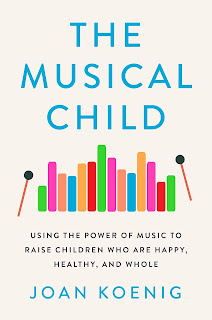