Today's Names of the Day - Virginia and Kevin 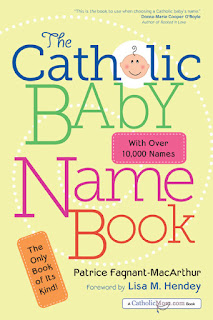 The featured names of the day on the Ave Maria Facebook Contest are Virginia and Kevin. Know someone with those names? Go over and tag them for a chance to win.

St. Virginia Centurione Bracelli (1587-1651) was the daughter of the Doge of Genoa. She entered into an arranged marriage to Gasparo Grimaldi Bracelli, who was a drinker and gambler. He died after five years, and she was left a widow with two small children. She raised her children and spent her free time in prayer and charity. After her children were grown, she devoted herself entirely to charitable efforts, opening her home to the needy. She built extra housing and started a hospital. She started the Sisters of Refuge in Mount Calvary and the Daughters of Our Lady on Mount Calvary. She was canonized by Pope John Paul II in 2003.

Kevin is one of the Top 100 most popular names. It is a Gaelic name meaning "handsome." Some variations are Kaiven, Keaven, Keivan, Kevan, Kevian, Kevinn, Kevis, and Keyvin.

St. Kevin (d. 618) was the son of Leinster nobility. He lived with monks from the age of twelve and studied for the priesthood at Cell na Manach. After being ordained, he lived as a hermit for seven years. He attracted many followers and founded a monastery at Glendalough, where he served as abbot. In time, it became a town and is now part of the archdiocese of Dublin.

For more information on names and saints, please pick up a copy of The Catholic Baby Name Book

Posted by Patrice Fagnant-MacArthur at Thursday, May 09, 2013