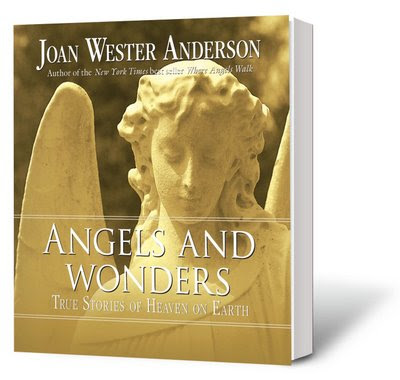 Angels and Wonders: True Stories of Heaven on Earth

"Angels and Wonders" is actually a reprint of a 1996 book "Where Wonders Prevail" so if you own that one, you don't need to buy or read this one. It also means that the stories and references in this book all refer to things from the 1980s and early 90s. That doesn't make the stories any less miraculous, however. In the preface, Joan Wester Anderson writes of a crocus that bloomed one day eighteen years after it had planted by her father, on her father's birthday 4 years after he had died. It was a simple miracle but it forever built her faith. Anderson states "Although faith should never depend on such things, we are mystical as well as physical beings, and we need a touch of the sacred now and then to remind us of our eternal home." There are plenty of stories in this book to help build anyone's faith. From the story of baby Logan who came back to life after an hour and eighteen minutes of being dead, to children who saw ghosts of loved ones who had just died even before they were informed that the person had passed on, to the photograph of four women (including one stranger who had been of great help) which when developed showed only three people, to the woman running from a dangerous boyfriend who was able to travel four hundred miles on a near-empty tank of gas. If you need a little help to believe in miracles or that God really cares for people, you need to read this book. It will warm your heart and encourage your faith.

Sounds like a good book! I love miraculous stories where I can see the eternal and feel God. Thanks for the recommendation.